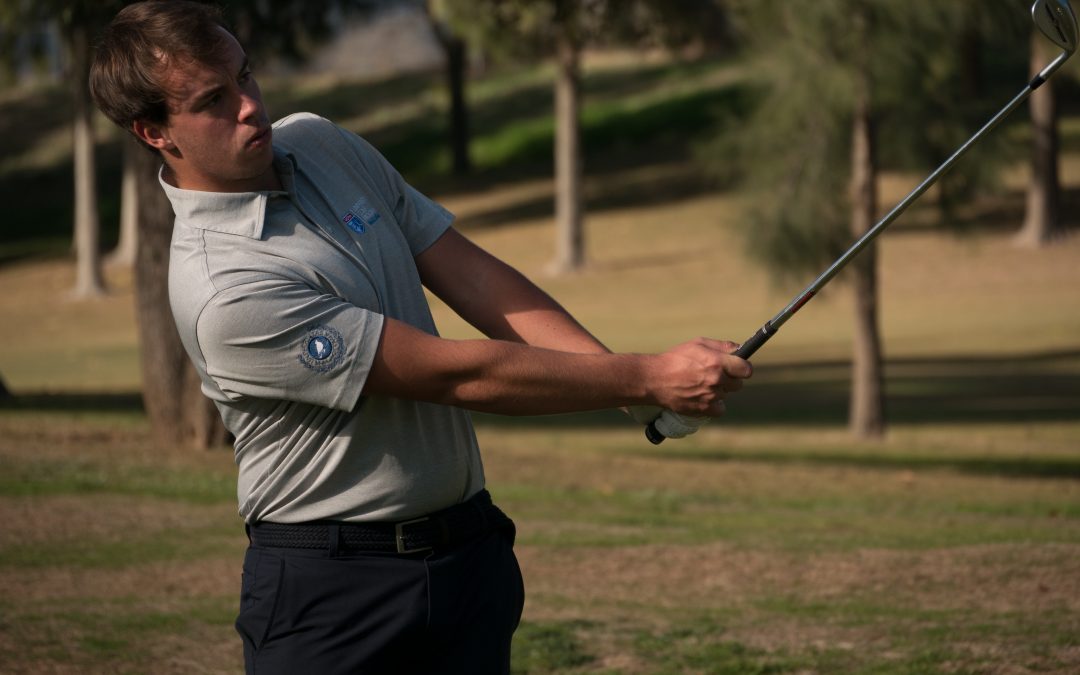 Victor Pastor, along with the Spanish national team, winners of the Portuguese International Amateur Championship
Malaga, February, 19th 2018 – The Spanish golf team, led by our player Victor Pastor together with Jorge Maicas and Alvaro Veiga, has won “Copa de Naciones” (Nations Cup) in the Portuguese International Amateur Championship, that had place last weekend in Setúbal.

As for our UGPM’s Dutch player Jim de Heij, he has passed the cut with a final score of 294 strokes (+6), remaining in 55th place overall.

Here you can see all the results from the Portuguese International Amateur Championship.