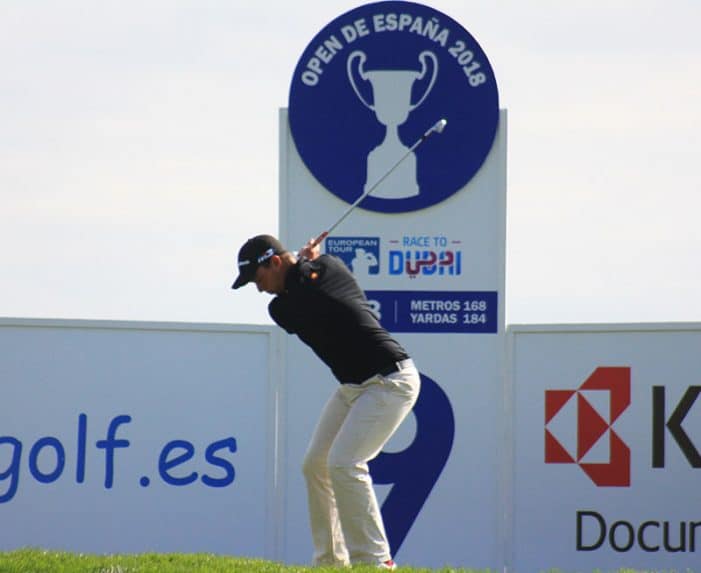 The UGPM player was the only amateur to make the cut, ending in the top 15

Pastor has finished his participation in the Spanish Open with a total of 275 strokes (-13 under par) that allowed him to finish within the top 15 with the top figures of European golf. Chapó!

The first day of Víctor Pastor was breath-taking, leading the day ahead of players like of Jon Rahm and Nacho Elvira with 67 strokes (-5 under par), followed by 72 strokes on the second round, 69 strokes on the third and ending the fourth round and last day of the tournament with an eagle putt on the 18th hole for 67 strokes, to finish in T12

Víctor is now focused on his next competition, Copa Sotogrande “The balance is very positive. I can’t ask for more. I leave with the image of my brother, carrying my bag and helping me at every moment. I can’t remember how many times he told me to be patient. I am lucky to have him next to me. Anyway, there will be time to return to the European Tour. Right now, the most important thing is to rest and think about Copa Sotogrande, which starts tomorrow ”

Congratulations Víctor, UGPM is proud of you!