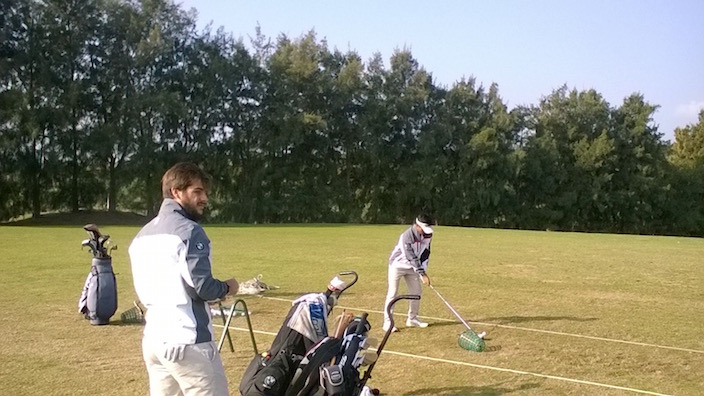 The seventh edition of the tournament Barbésula was held at the Golf Club La Cañada on 30 and 31 January 2016 for scoring the male and female rankings of the Royal Andalusian Golf Federation. UGPM team was represented by Ignacio Fons and Lohith Ramaraju who have competed at the highest level throughout the weekend.

Jacobo Cestino delivered a 69 (-2), which has earned him the top spot in the scratch classification plus special prize Mid-Amateur scratch and handicap. Behind him-and with a stroke of differentiation has taken second place Antonio Aguilera author of the best scratch and handicap back the second day- with a 69 today, and 141 to total. Meanwhile, Isla Canela player, Juan Agüera completed the podium, being in third position with 70 laps and 74 hits.

As for the women’s player Jason Floyd Academy, Charlotte Puts has held for the second time and first since succeeded yesterday in the first. With a total of 152 strokes, and today after adding 79 to 73 who delivered yesterday, it has made the win with just one stroke ahead of the player in Golf Miraflores, Magdalena Červinková. The third place was for the player of Real Club de Golf de Sevilla, Marta Ayala, with rounds of 79 and 77 strokes.

From UGPM we want to congratulate the deserving winners of this tournament with great effort and greatest talent. Congratulations!!